Wolves give Hazen a battle on the field 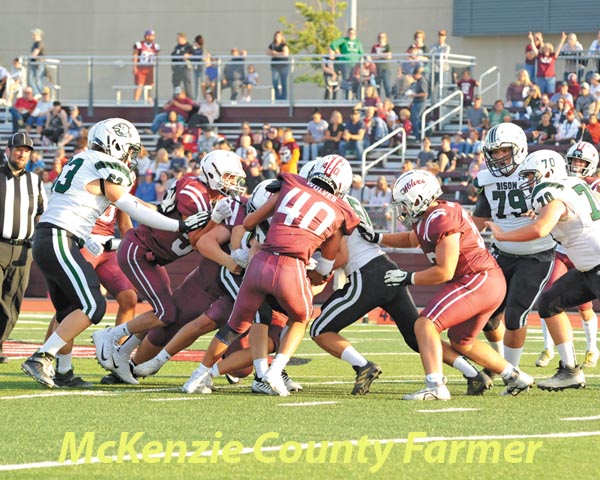 Hazen traveled to Watford City and defeated the Wolves 26-16 in high school football last Friday night. The matchup was known as the “Johnsrud Bowl” again as brothers Bret (Hazen) and Justin (Watford City) coached against each other.
The Wolves took an 8-0 lead into halftime after Judd Johnsrud connected with Levi Musser for a six-yard touchdown and then Judd ran in the two-point conversion. Hazen scored the next four touchdowns thanks to an impressive rushing attack. The Bison had 362 rushing yards on 51 attempts. Watford City head coach Justin Johnsrud said, “You have to give credit to Hazen. They have good size and strength up front and we struggled to maintain our gap responsibility and match up with their physicality. The running backs were physical as well and did a great job keeping their legs going and breaking tackles.”