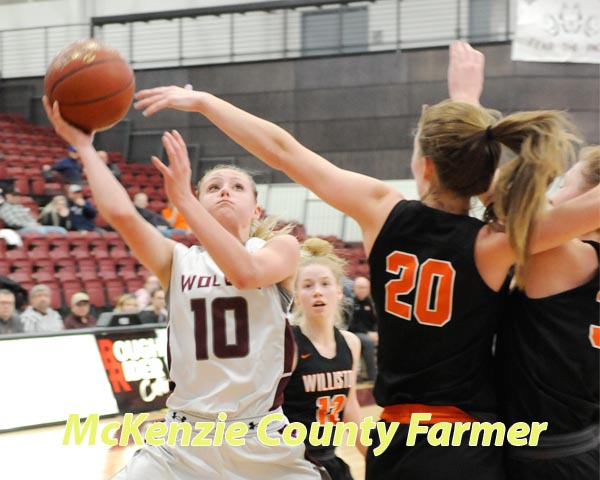 The Watford City girls varsity basketball team punched its ticket to the WDA Tournament in a thrilling fashion as the Wolves pulled out an overtime win over Dickinson in play-in action on Friday, Feb. 22.
Considering that the Wolves had dropped their final regular season game to Williston, 82-65, earlier in the week and had fallen to the Midgets twice in the regular season, many considered Watford City a long shot at winning the play-in game.
But the win now sets the stage for Watford City to advance to the WDA Tournament where the Wolves will take on No. 1 Century in first round action at 2 p.m. on Thursday, Feb. 28, in the Bismarck Event Center.
The Wolves enter the tournament with a 7-15 record, while the Patriots are undefeated with a 21-0 record.