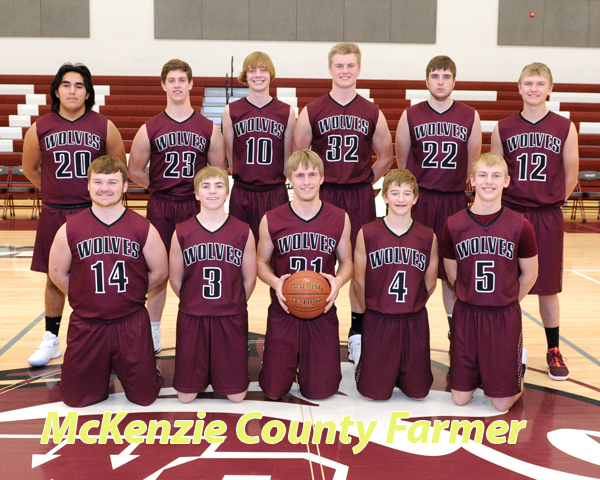 Watford City’s varsity boys basketball team will open its season with a new coach as Matt Heier takes over the reins from longtime coach Randy Cranston.
Heier, who grew up and played high school basketball at Ray High School and then played two years at Williston State College and two years at the University of Minnesota-Crookston, has been the C squad coach for the Wolves the past two years.
Joining Heier on the coaching staff are Michael Ulmer and David Gumke.
“We’re going to be a competitive team this year,” states Heier, who will be having nine returning letter winners on this year’s team. “We have some good shooters and we’re going to be able to run the floor.”
Returning from last year’s squad are seniors Cole McGorman and Matthew Neprash; juniors Jarek Hogue, Kason Hartel, Jadyn Ewing, and Carter Zenz, and sophomores Nevada Berquist, Jessen Homiston, Riley Headings, and Brock Haugeberg.