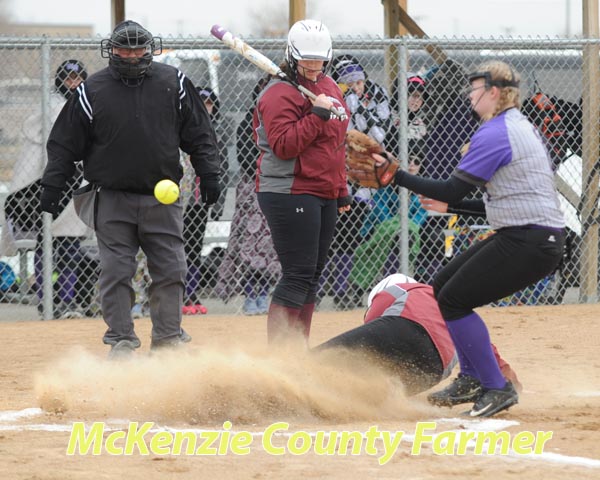 After their first three games were postponed due to a snow-covered field, the Watford City girls softball team opened their 2018 season with a huge win over Wilton-Wing on Tuesday, April 17.
Mikka Haugeberg was impressive on the mound for the Wolves as she struck out seven batters and gave up just eight hits in the 10-0 shut-out win in five innings.