Wolves prepare for opening of another football season 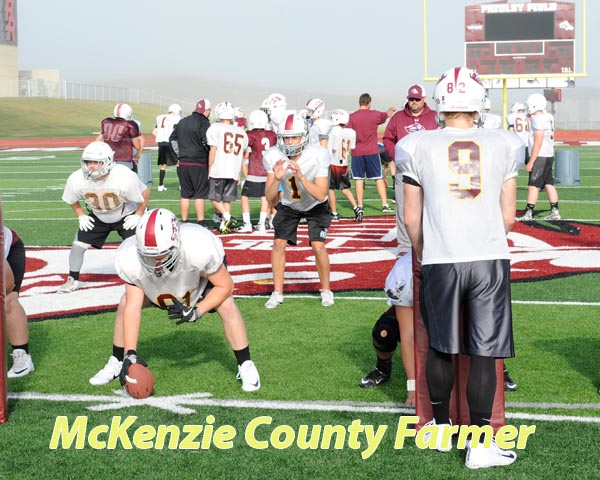 After fielding a relatively young and inexperienced football team last year, Justin Johnsrud, Wolves’ head coach, is looking forward to seeing how his team has matured as they ready for the start of a new season.
Last year, the Wolves ended the season with a 5-5 record and lost to Shanley in the first round of the Class AA football playoffs.
But with nine starters returning on both the offensive and defensive sides of the line, Johnsrud says that having experienced players is going to be a big plus this year.
“Offensively we look to an experienced offensive line to set the tone this season,” states Johnsrud. “And in the backfield, we will have two quarterbacks competing for the starting position.”
Returning to the offensive line will be Evan Heiser, Jackson Faller, Blake Bigelow, Ethan Morris, Tristyn Rutkowski and Jarek Hogue, while Cooper Knutson, a senior, and Hunter Schwartzenberger, a junior, will be  seeking the starting quarterback position.