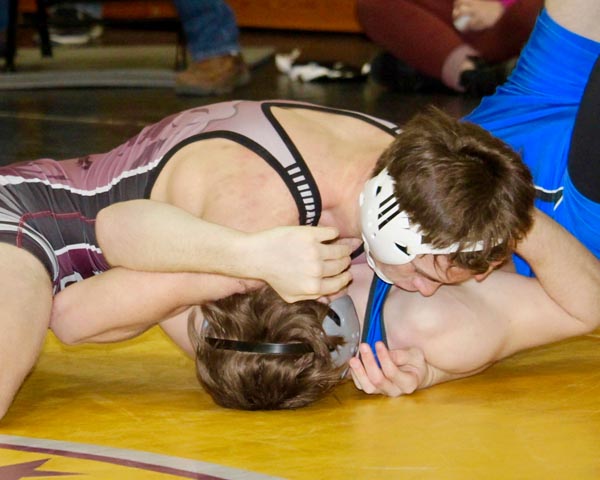 In the first year of competing at the Class A level, the Watford City wrestling team was able to punch seven tickets to this coming weekend’s State Class A Wrestling Tournament in Fargo.
According to Mitch Greenwood, Wolves’ head wrestling coach, the Wolves competed well at the WDA Regional Tournament this past weekend in Belcourt, where the top eight place winners in each weight class earned berths into the state tournament.