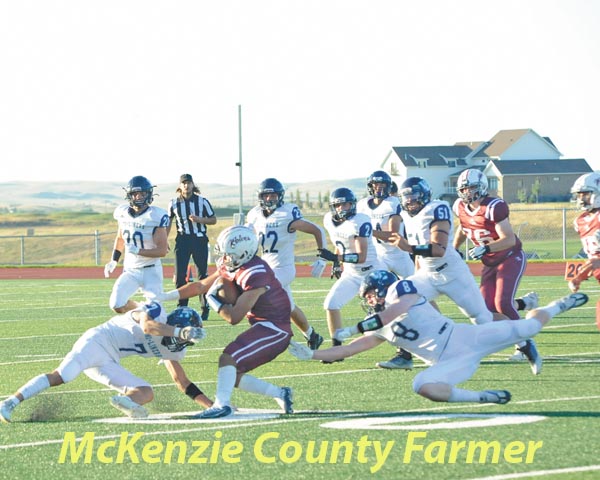 The Valley City Hi-Liners made the long road trip out west and defeated Watford City 45-7 on Friday, Sept. 2. Valley City scored on their second play from scrimmage as Gavin Gerhardt ran 63 yards for the first touchdown of the game with 11:11 left in the first quarter. The Hi-Liners made it 14-0 as they scored on their next drive, with a 5-yard touchdown run by Ethan Miller.
Watford City won the field position battle in the second quarter, as the offense started two consecutive drives deep in Valley City territory. The teams traded turnovers on downs and then the Wolves recovered a fumble on the 27-yard-line. Watford City faced a 4th-and-15 from the 32-yard-line when Judd Johnsrud connected with Tyler Jones for a highlight reel touchdown pass. Braydon Williams added the extra point to cut the deficit in half. Valley City responded with a six-play, 68-yard drive, capped off by the second rushing touchdown by Gavin Gerhardt, making it a 21-7 score going into halftime.