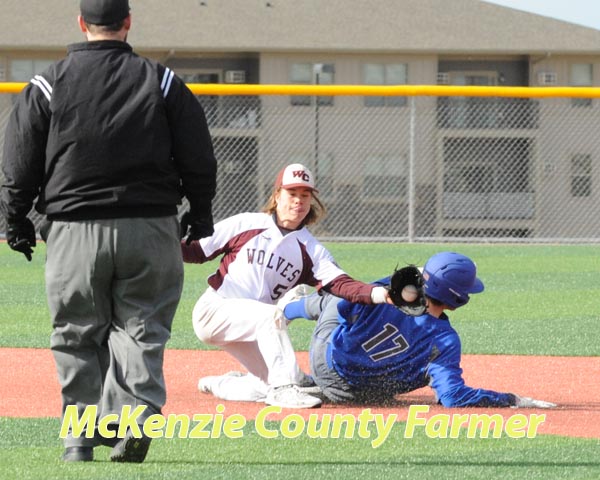 Watford City got off to a great start to the high school baseball season as the Wolves swept Bismarck St. Mary’s in two games on Tuesday, April 2, to open their Class A season.
In their first year of competing at the Class A level, Watford City combined for 30 hits in the two games to down the Saints, 9-8 and 15-5.
But the Wolves weren’t as fortunate on Saturday, April 6, when Mandan came to town and picked up a pair of wins defeating Watford City, 15-3 and 11-0.
“We are excited about the group we have coming back this year. We should be competitive in most games,” stated Pat Spacher, Wolves head coach. “We have several pitchers capable of throwing a strike and will utilize all of them during the year.”