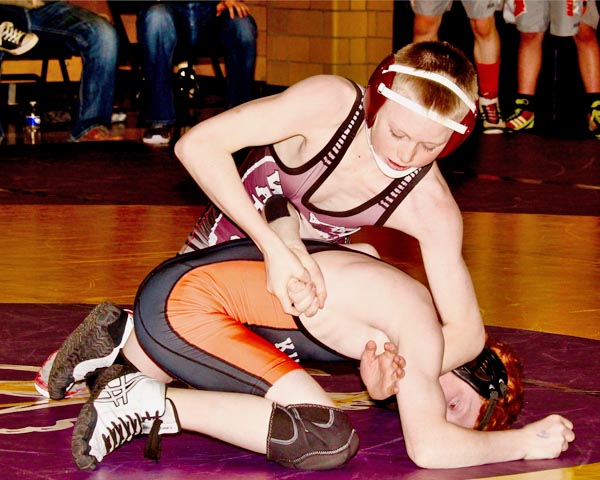 The Watford City Wolves wrestling team entered this past Saturday’s Region IV Dual Tournament in New Town as the No. 4 seed and ended the tournament in the same position.
Watford City battled Beulah-Hazen in the first round and came away with a 30-29 win. The Wolves got pins from Jackson Faller, Antonio Garcia and picked up three wins by forfeit.
In his match, Tel Sorenson battled hard, but lost by technical fall. But the technical loss proved to be a deciding point for the Wolves.
“Tel saved us a team point,” stated Mitch Greenwood, Wolves’ head coach. “He fought off his back numerous times to not get pinned and only gave up five team points instead of six. That was the difference in the dual.”