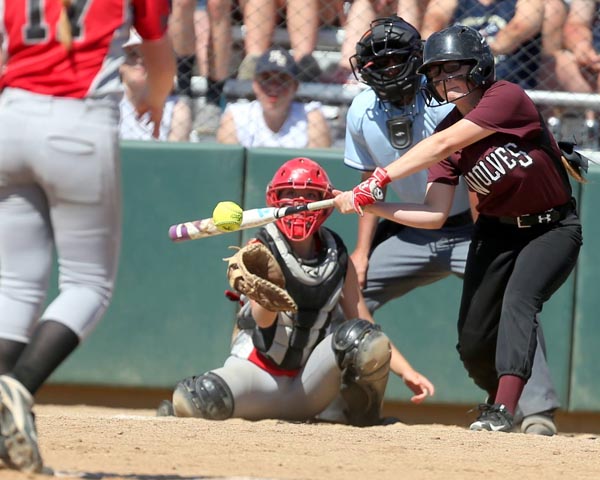 Watford City got off to a fast start at the State Class B Girls Fastpitch Softball Tournament in Jamestown on Thursday as the Wolves defeated Hillsboro-Central Valley, 5-2. But the Wolves wouldn’t see another win come their way as they were 10-runned by Kindred, the defending state champions, in Friday’s semifinals and then lost to Des Lacs-Burlington, 8-4, in the third place game on Saturday.
But in spite of dropping their final two games, Watford City’s finish at this year’s state tournament was their best finish in their past five trips to State. In their first three trips, the Wolves finished in eighth place, and last year Watford City finished in fifth place.