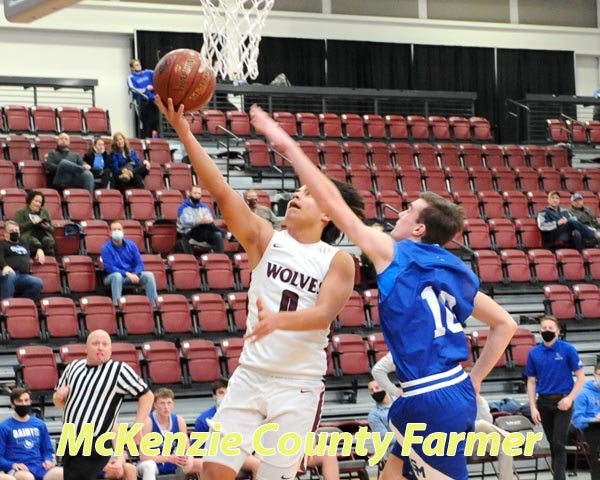 After dropping games to Saint Mary’s, Century and Bismarck High this past week the Watford City boys varsity basketball team saw its season record fall to 0-14.
This week the Wolves will be hosting Bismarck Legacy on Friday before traveling to St. Mary’s on Tuesday
It was raining three-pointers as Bismarck St. Mary’s canned 12 treys as the Saints rolled over Watford City, 89-24, last Tuesday.
But the Saints didn’t relay just on the long ball in the win over the Wolves as St. Mary’s scored 40 of their points inside the paint.
St. Mary’s dominated the scoring throughout the contest holding the Wolves to 14 points in the first half and just 10 points in the second half.
Ryan Domerese led the Wolves in scoring with 10 points, while Jacob Berg ended the game with eight points.
Rounding out the scoring for Watford City was Jason Hogue with three points, Landon Caldwell with two points, while Josiah Rojas ended the game with one point.