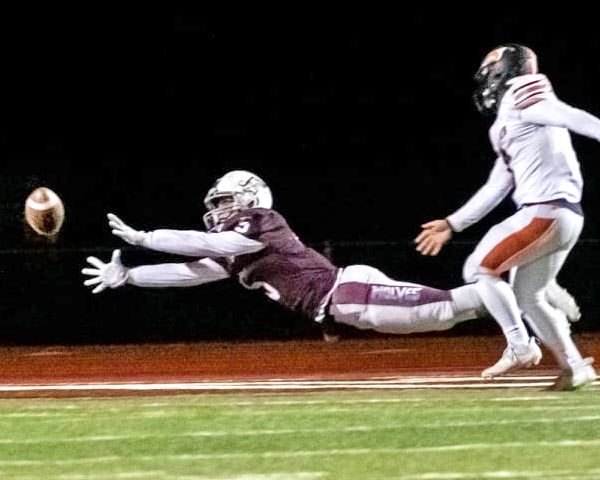 While Watford City held a 249-193 total yardage advantage over Williston in varsity football action, the Coyotes handed the Wolves their eighth loss of the season on Thursday, Oct. 14.
“Our kids played well. It was a pretty even game, we unfortunately made one or two more mistakes than Williston did,” stated Justin Johnsrud, Wolves head coach on the loss. “That is how evenly matched games usually get decided.”
After a scoreless first quarter, Williston would score twice in the second quarter to hold a 14-0 halftime lead.
Johnsrud says that two turnovers that ended two nice drives hurt the Wolves.
“It’s no one’s fault. The kids were trying to make plays, give a little extra effort, and those things happen,” stated Johnsrud. “On Thursday, it just seemed like they happened at the most inopportune times.”