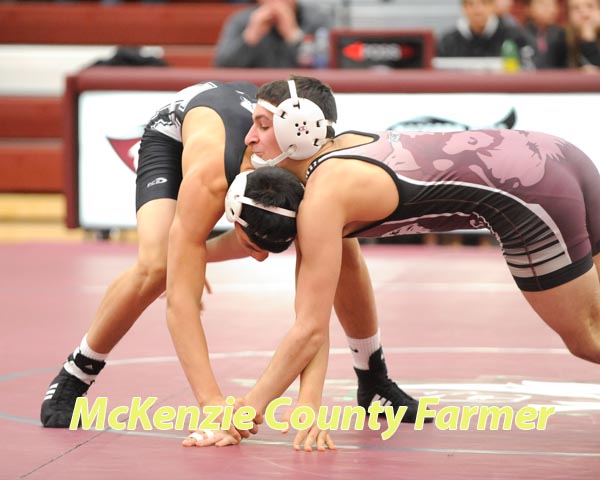 The flu bug continues to plague the Watford City wrestling team as the Wolves were forced to pull out of the regional team tournament this past weekend in New Salem.
But Mitch Greenwood, Wolves’ head coach is hoping that his team will be more healthy this week as Watford City heads to the Region IV Individual Tournament in Beulah on Saturday.
“Due to the sickness and injuries, we made the decision not to compete at the Region 4 Dual Tournament in New Salem on Saturday,” stated Greenwood. “We had more to lose than we had to gain. I felt that we would get more benefit staying home and recovering before next week’s individual regional tournament.”