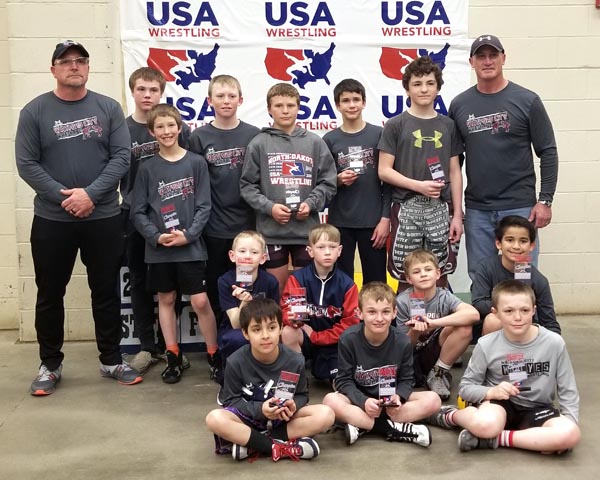 Watford City youth wrestlers emerged as the state champions for the second year in a row at the N.D. State Youth Duals on Friday, March 23, in Bismarck.
The Wolves, who entered the tournament as the defending state champions, received a first round bye and then crushed Gackle-Steele, 54-6, to move to the semifinals.