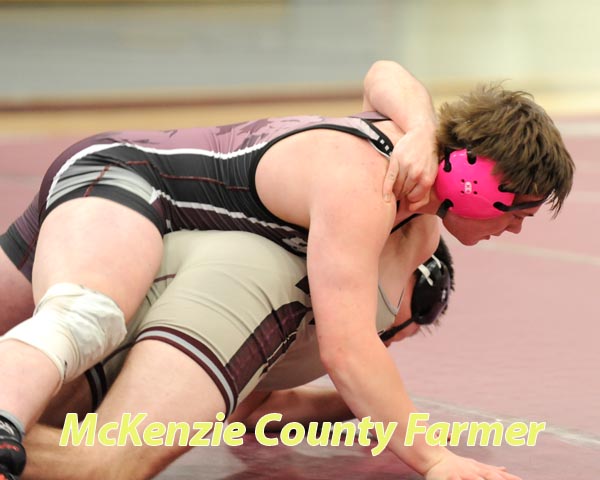 The Watford City varsity wrestling team wrapped up its regular season action this past week as the Wolves hosted the Bismarck Demons, the No. 1-ranked team in the WDA on Friday evening before hosting Bismarck Century and Williston in a triangular on Saturday afternoon.
While the Wolves lost all three matches, Robin Schwartz, Wolves head coach, says there were some exciting matches.
“The Demons from Bismarck made clear why they’re revered so highly,” stated Schwartz. “Only Beau Matson managed a win against them with a 9-8 decision over Cullen Glatt at 195 pounds. All of the other Wolves  wrestlers fell to their Bismarck counterparts.”