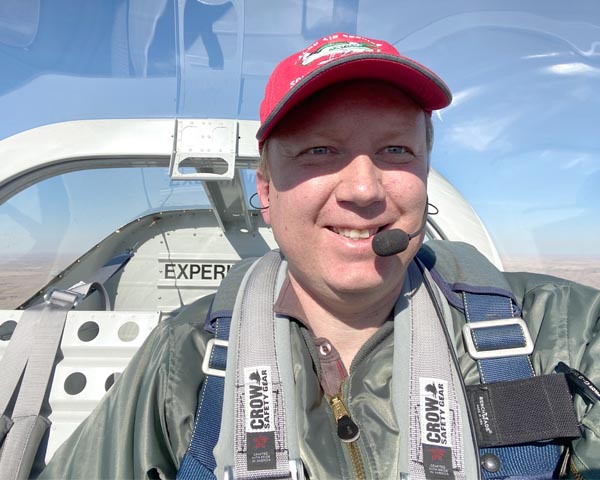 While Ari Johnson has logged hundreds of hours flying his Piper Arrow airplane since earning his pilot’s wings in 2016, he freely admits that his nerves were a lot higher than normal when he got ready to climb into the cockpit on Saturday, March 13.
Instead of climbing into his old faithful plane, Johnson was standing in front of a plane that he had built himself and was about to give it its maiden voyage.
“I hoped the wings stayed on,” says Johnson, of his Van’s RV-14 airplane. “I was nervous in a positive way.”
And Johnson says that he had every right to be a little nervous.
“This was the first time that the plane would be flown,” stated Johnson. “Although the engine had been started four times, this was the first time that the engine would be flown.”
Not one to be too cautious, Johnson says that he was wearing a parachute for the first flight.
“It’s better to have it (a parachute) and not need it rather than not having it and needing it,” laughed Johnson.
While Johnson says that his first one hour flight in his Van’s RV-14 was a great success, what meant as much to him was the journey in building it.