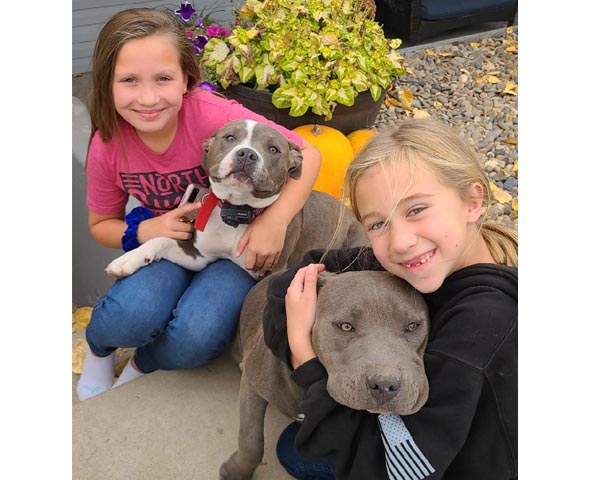 As Cory Wodelet recently purchased a home on the southern outskirts of Watford City, it fit his vision of creating a more self-sustained lifestyle. But it also held the key to something else he always dreamed - getting to legally own two pit bulls, named Ash and Ava.
“As we started looking at a property outside of the city limits, I started looking for a dog with a pit bull in mind. And I found one right away,” says Cory Wodelet, a seven-year resident of Watford City.
In 1987, a city ordinance was enacted, making it illegal to keep, own, harbor, or possess in any way, a pit bull dog within the corporate limits of the city of Watford City. While it has not been strictly enforced, some owners have been willing to roll the dice, while others, such as Wodelet, have preferred to not take any chances.
As Wodelet and his girlfriend, Jenny Otten, have seven children combined, they and their children have come to love their choice of where to purchase a home based on the dog breed they chose to own.
“They’re great family dogs,” says Wodelet. “I’ve always wanted pit bulls. I love their looks and muscular bodies and they’re always happy.”