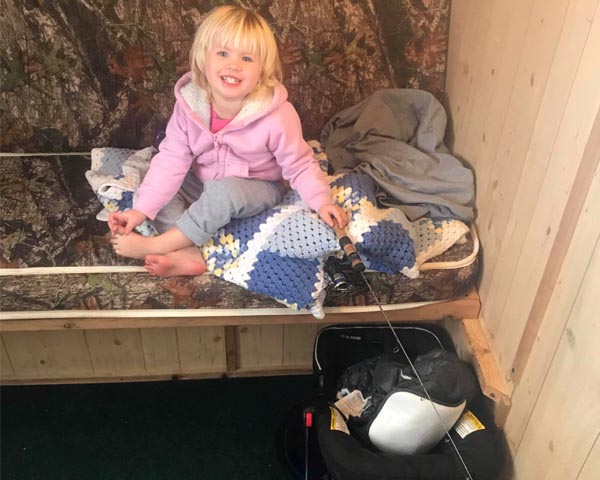 This year’s ice season arrived a bit later than usual as many ice fishermen have been chomping at the bit to put their ice shacks out at Tobacco Gardens Recreation Area on Lake Sakakawea.
“Last year, I was out on the ice a lot sooner,” says Jesse Wellen, a local fisherman. “This year getting onto the ice was delayed because of the warm weather.”
Today, hundreds of ice houses can be found sitting on between 14 and 16 inches of ice at Tobacco Gardens.
While Wellen and his family were out on the ice last year by Dec. 12,  this year it wouldn’t be until right before Christmas that the family would be able to finally park their permanent ice house.
“Last year, I did really well catching fish with the early ice,” Wellen says. “But once you start getting all that vehicle traffic out there, it kind of tapers off.”