All systems are a go for new airport runway 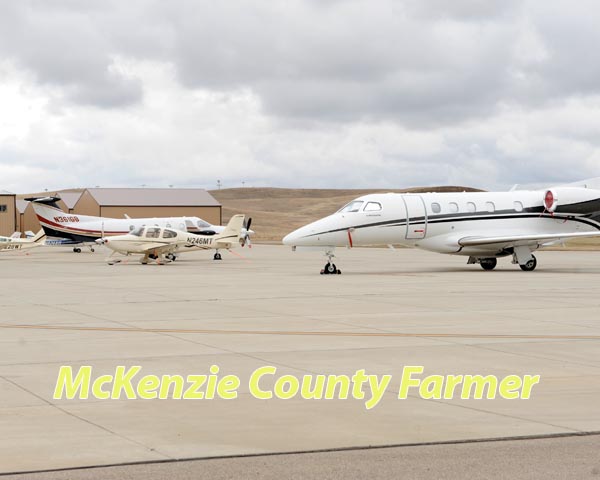 The much-anticipated runway expansion at the Watford City Airport got the green light to proceed by the city’s Airport Authority on Wednesday, Nov. 6, as the board made its final construction design and timeline decisions.
According to Luke Taylor, airport manager, the board considered four different options for the runway before deciding to bid out the most expensive option with eight inches of concrete on six inches of an aggregate base and 33 inches of aggregate subbase at an estimated cost of $26.4 million.
“By using this option, we will have the greatest pavement strength and longest pavement life to handle the larger private and business aircraft coming into our airport,” states Taylor. “In addition this option has the lowest future pavement maintenance costs compared to the other three options.”
According to Taylor, the project will include the construction of a new 6,500-foot runway that will have 5,800-foot operational capacity, as well as a parallel taxiway.