Area farmers are only looking at an average at best harvest 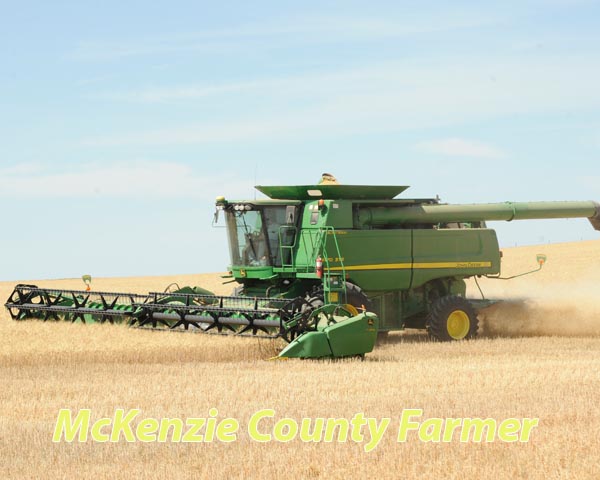 Last spring as farmers across McKenzie County began planting their crops they did so with a lot of optimism that this could be a year of bumper crops. While commodity prices were a concern, most area farmers were blessed with above normal subsoil moisture following the record rains last fall. And all that they needed for a good harvest was some timely rains throughout the growing season.
But those timely rains never happened. During May only a scant 0.90 inch of rain was reported at the Watford City weather station and even less, 0.62 inch, fell in June. Those totals compare to the normal precipitation of 2.20 inches and 3.00 that falls during those two months.
The only saving grace for this year’s crop came in the form of a 3-inch deluge right before the July 4th holiday.
And with harvest now in full swing in the county, farmers are seeing yields that most are describing as average at best.
“The early seeded crops are pretty poor,” stated Steven Bruins who farms with his father, Gary, north of Arnegard. “But now that we are hitting the later planted crops, the yield is about our average.”