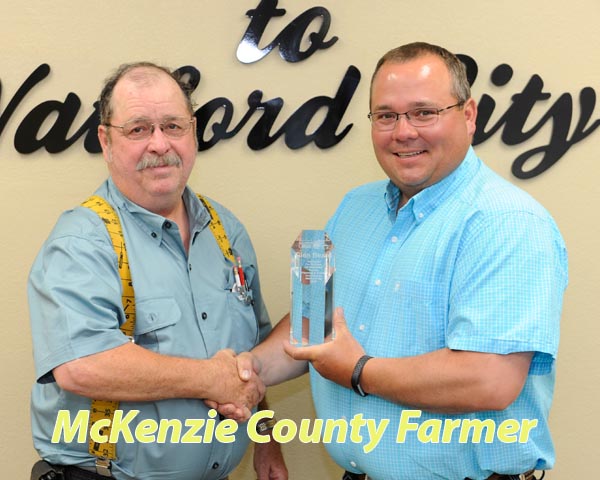 “It was like the Gold Rush days. We had people living in their cars and tents out on the prairie,” says Glen Beard of Watford City in the 1980s.
As Beard recently retired from Watford City’s Planning and Zoning Commission on June 29, the commercial builder has seen the city undergo quite the transformation over the past 26 years.
“There was diagonal parking and two stoplights on Main Street,” he says.
As Beard’s business, Beard Construction, is located off of Lincoln Street in Watford City, he often refers back to an old, black-and-white photograph that shows nothing but a tree on Lincoln Street.
“We planted a tree there so if there was a blizzard, you could see the road,” he says.
While Lincoln Street featured nothing but a tree back in the day, today, many establishments are located on the street.
“With someone like Glen Beard, as a business owner in town, it was a really good way for the Planning and Zoning board to start,” says Mayor Phil Riely. “Because what was in the best interest of Glen was also in the best interest of the city.”