Behind the scenes still means business 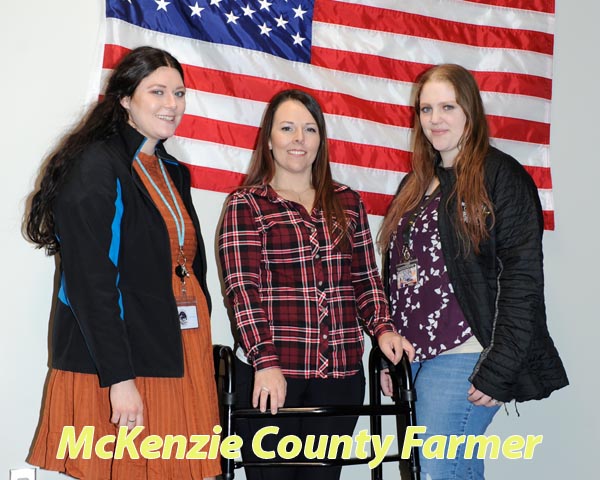 When you see most first responders, they’re out on the front lines getting the job done. But it’s those behind the scenes that work just as hard to protect the welfare of local citizens in McKenzie County.
“They’re so often forgotten about,” says Shannon Wellen, McKenzie County Sheriff’s Office under sheriff. “We have 11 dispatchers currently at the sheriff’s office that share working 24/7 to support our law enforcement and the citizens.”
As National Public Safety Telecommunicator Week is April 11-17, three women of the McKenzie County Sheriff’s Office (MCSO) share the highs and the lows of working for local dispatch.
“It’s definitely not for everybody because we do deal with some intense things,” says Taylor Hobbs, MCSO dispatch shift lead.
One thing Hobbs says she didn’t expect with the job is the emotional connection that comes with working in dispatch.
“You do view the police officers on the road as family. So when they get into situations where their life is at risk, you are very worried about them,” says Hobbs. “It can take a mental toll on you.”