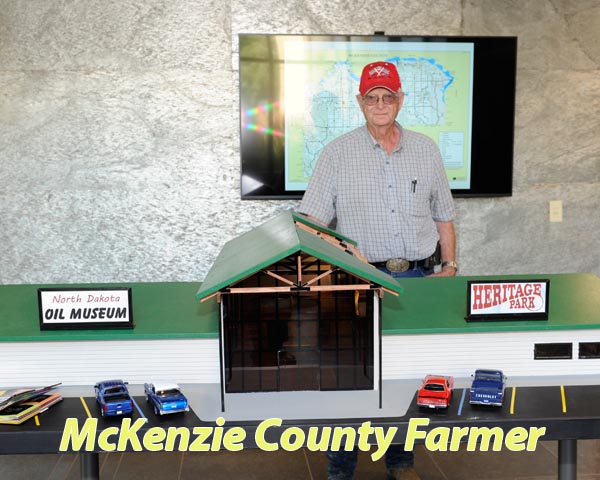 For 12 years the McKenzie County Heritage Park board of directors has dreamed of building a visitor center at the park on the east side of Watford City.
And now thanks to the verbal support of the McKenzie County commissioners, LeRoy Lillibridge, board president, says the project is moving forward.
While during their Aug. 6 meeting, the commissioners expressed their support of a $300,000 contribution from the county, the Heritage Park will need to submit an application to the county Job Development Authority (JDA) before the commissioners give their final approval.
“We can’t fund the project directly,” stated Commissioner Gene Veeder. “It needs to run either through the JDA or the county park board. It’s logical to run the request through the JDA since the Heritage Park is not a public entity.”
According to Lillibridge, the Heritage Park began to save money for the project, which he estimates will cost $3 million.
“It got  to the point where we (the board) said we’re all getting old,” stated Lillibridge, who has served on the park’s board for 23 years. “It’s time to do it or forget it.”
According to Lillibridge, footings for the new 9,728 square foot building were poured last week and this winter the board will continue to do prep work.