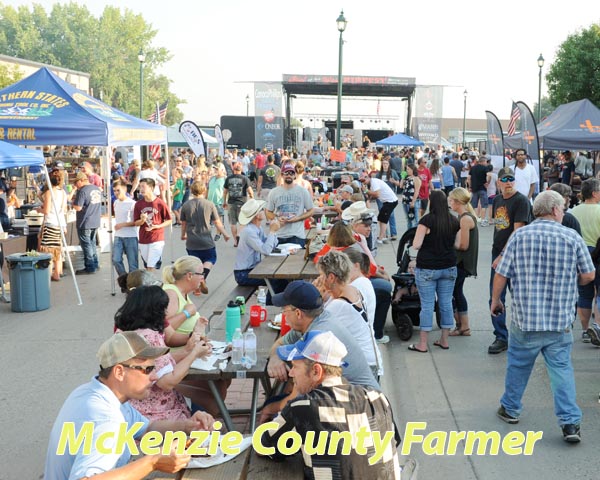 Let the countdown begin for one of the most highly anticipated events of the year as Watford City’s Main Street will be taken over with messy-faced rib eaters on Friday, Aug. 9, for the Best of the West Ribfest.
And, if what has happened in the past is any indication, people will need to show up early if they want to be able to enjoy the ribs that are being cooked up by the 25 teams that have entered this year’s competition.
Last year, an estimated 7,000 people devoured just as many pounds of those tasty rib morsels in a mere 90 minutes with some teams selling out of their ribs in the first 30 minutes.
“This has turned into one of the biggest events in Watford,” says Jessie Veeder-Scofield.
And as can be expected the competition among the teams to win the coveted “Best of the West Ribfest” trophy is intense.
“We’re switching it up some this year,” says E & M Services office manager Molly Soleim.
According to Soleim, this is the sixth year that E & M has been competing in the Best of the West Ribfest and they are going for the gold again this year.