Christmas is coming early for those less fortunate 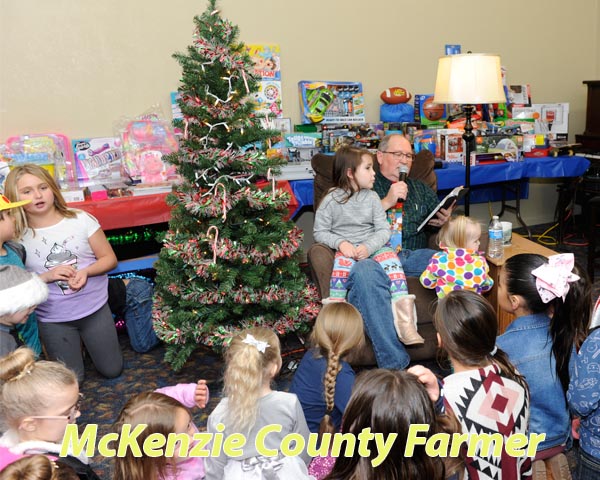 Christmas is coming early this year as on Saturday, Dec. 7, at 7 p.m. at the Watford City Civic Center, the Bakken Oil Rush (BOR) will be providing its annually held Toy Mall to the children of families in need within the community.
“We realize that this time of the year can be financially challenging for some families,” states Dwayne Keener of the Bakken Oil Rush.
The whole intent of this event, Keener says, is to take some of the pressure off when it comes to purchasing gifts for children.
“Our big push is through the Thrift Store, so we really want to get the word out elsewhere this year,” Keener says.
As Keener seeks high visibility for the event, he realizes that thrift-goers aren’t the only ones in need of help. He also looks at things from a broader standpoint.
“We’re trying to reach as many people as we can,” says Keener. “To me, that would also generate conversation about what do we need from the community, as well as what they need from us.”
The BOR will be renting the gym of the Watford City Civic Center this year to open up some more space, Keener says.
“Progressively, you can see where it’s grown from around 70 to over 200 people. So we’re planning to expect somewhere, if not more, than the last number,” Keener says.