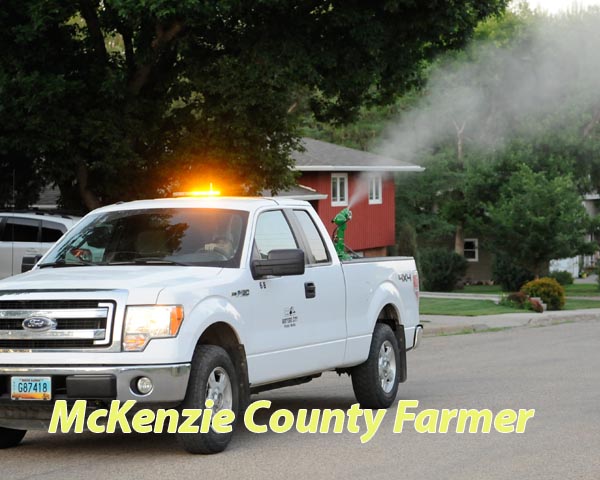 After utilizing two truck-mounted foggers for several weeks to help battle the rise in the city’s mosquito numbers, Watford City has now called in the big guns for reinforcement. And that big gun is a C130 Air Force plane that started spraying a nine square mile radius around Watford City last week.
“We really didn’t have much of a mosquito problem until we got all of the rain two weeks ago,” states Justin Smith, Watford City Public Works director. “But then we had a lot of hot temperatures and we saw the number of mosquitoes go through the roof.”
Those three inches of rain along with the 90-degree temperatures that followed turned the lowlands around Watford City into a perfect mosquito breeding ground.
Smith says that up until two weeks ago, the city thought it had the mosquito population pretty well in check because of its aggressive larvicide program. But since then the number of mosquitoes being trapped has shown a five-fold increase from last year’s numbers.