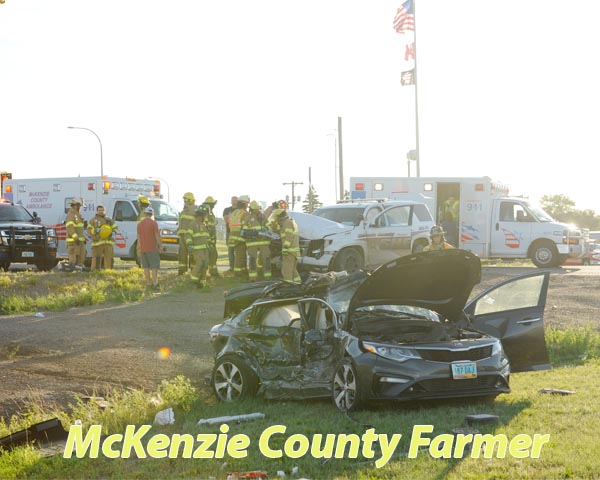 A 34-year-old Fargo woman suffered life-threatening injuries after her vehicle was T-boned at the intersection of 4th Ave. NE and 12th Street NE in Watford City by a McKenzie County Sheriff’s Office vehicle at 8:14 p.m. on Monday, July 13.
According to the North Dakota Highway Patrol, Zackary Moran, a deputy with the McKenzie County Sheriff’s Office was traveling northbound on 12th Street NE in Watford en route to a vehicle/pedestrian fatality crash. Moran, who was driving a  2016 Chevrolet Tahoe, entered the intersection at 4th Ave. NE with lights and sirens activated. Moran had a red light.
Amanda Mitchell, who was driving a 2020 Kia Optima, was traveling eastbound on 4th Ave. NE and entered the intersection with a green light.