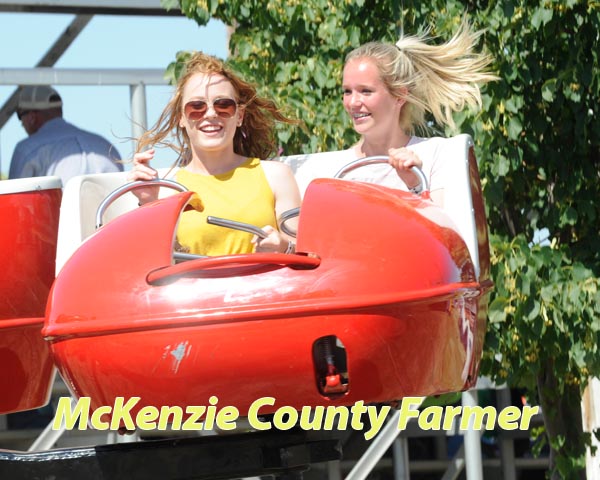 The McKenzie County Fairgrounds will be brimming with food, animals, children and activities from July 5-8 for this year’s McKenzie County Fair.
In honor of the 60th anniversary, the fair board has decided to give free admission to all who attend.
Once in the gates, fair go-ers can do anything from buying a warm dessert, riding a pony to riding carnival rides.
The McKenzie County Fair will kick off for the public at 4 p.m. on Thursday with a parade down Main Street. After watching the parade, follow the floats to the fairgrounds for a free beef barbecue from 6 to 8 p.m. After the beef dinner, you can stay and watch the Draft Horse Show.
Over the following several days, you can stop in at the fair anytime to jump on a carnival ride provided by North Star Amusements.
North Star Amusements, the carnival featured at the McKenzie County Fair over the last several years, is coming to Watford City directly from their stop in Williston at the Upper Missouri Valley Fair.
The carnival will have rides, including a large ferris wheel for everyone from the very small to the very adventurous, as well as carnival games with the chance to win lots of prizes.