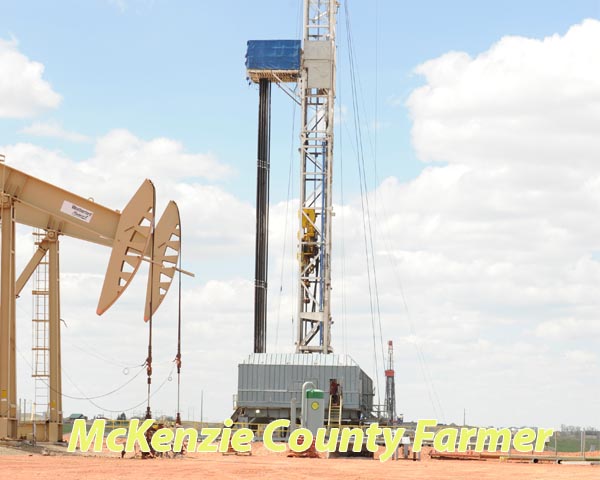 A new McKenzie County well set a United States onshore initial production record, according to Lynn Helms, North Dakota Director of Mineral Resources during his monthly Director’s Cut on May 15.
According to Helms as a result of new completion technology, a well in the county’s Antelope Field came in at a sustained rate of 10,000 barrels per day.
“This new completion technology is just phenomenal in terms of the kind of yields that people are getting out of the new wells,” stated Helms.
As the state’s largest producer of oil and natural gas, McKenzie County saw its oil production account for almost half of the state’s increase in oil and natural gas production during the month of March.
In March the county produced 17,814,564 barrels of oil, an increase of 2,179,139 barrels, while natural gas production increased from 38,229,995 to 45,680,654 mcf, a jump of 7,450,659 mcf.