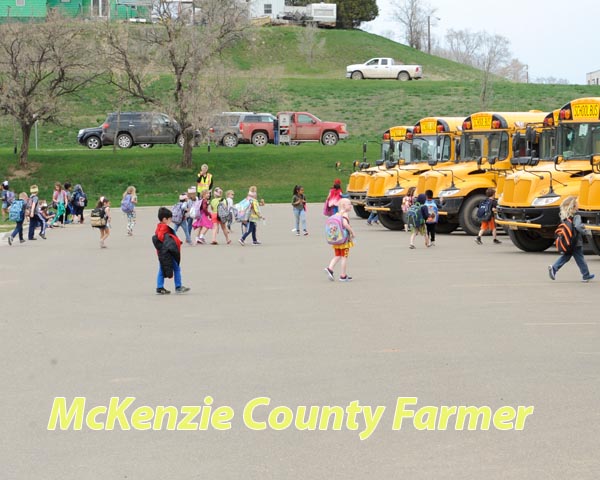 After over six months of discussion, the McKenzie County Public School District No. 1 school board has decided to get out of the bussing business. Instead of hiring its own bus drivers and maintaining a transportation department, the district has entered into a contract with Harlow’s Bus Service of Bismarck to provide those services.
“When I came here 15 years ago, our school district was known for its transportation department because of the size of our district and the distances that we had to travel to pick up students,” stated Steve Holen, district superintendent.
But as the school district’s enrollment has increased over the past six years, Holen says that recruiting, training and retaining bus drivers has become a problem. And with over 1,200 of the district’s 1,800 students riding busses every day, providing transportation service has become a bigger and bigger issue.
“With our growth, transportation is still important,” stated Holen. “Door- to-door service is important to the parents.”
According to Holen, under the new three-year contract, Harlow’s will be responsible for the hiring and training of the school bus drivers, as well as providing maintenance on the district’s bus fleet.