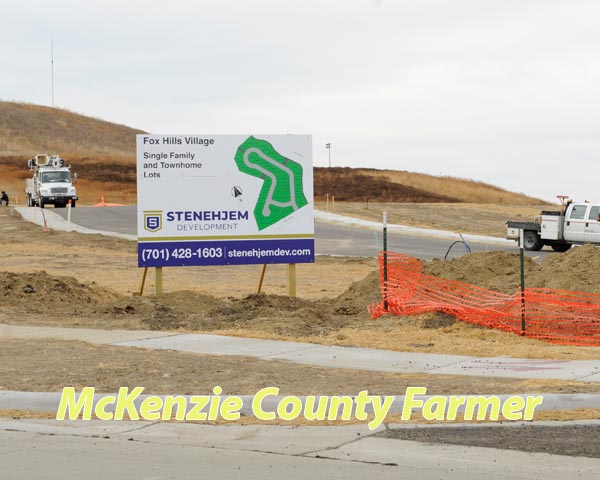 Two innovative housing programs that were created by the McKenzie County Job Development Authority (JDA)  and funded by McKenzie County are making a big impact on bringing new homes on the market in the Watford City area.
“So far we have had 13 houses closed totalling $4.8 million under the Housing Subsidy Program,” stated Daniel Stenberg, JDA executive director during the McKenzie County Commissioners meeting on Wednesday, Nov. 4. “And we expect to see six more homes closed on by the end of the year.”
According to Stenberg, the county’s Housing Development Subsidy Program was started in June of 2019 with $1 million in funding from the county with the goal of meeting the inadequate supply of quality, affordable housing in McKenzie County.  In April of 2020, the commissioners added an additional million dollars to the program.
The program incentivizes the construction and sale of quality, affordable housing in McKenzie County by providing a development subsidy up to $50,000 per single-family house to offset infrastructure costs for qualifying housing projects.
“We have received an additional 10 applications for new home construction, which will bring our total commitment to $1.4 million of the $2 million that was allocated,” Stenberg told the commissioners.