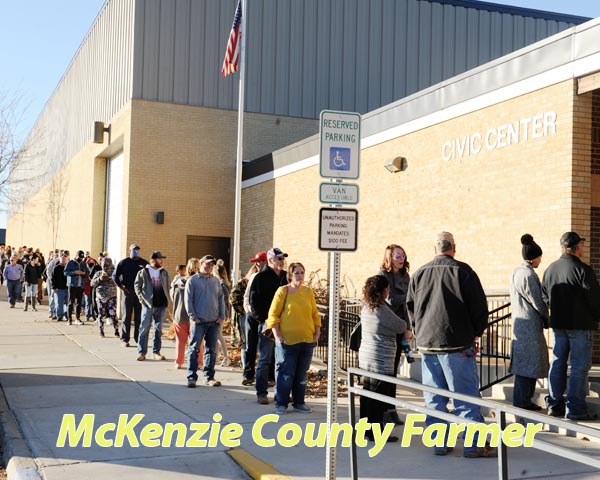 Much like the race for the President of the United States, the final tally of the votes as to who will be serving on the McKenzie County Board of County Commissioners is headed for an automatic recount.
According to the official results from the Nov. 3 General Election, Clint Wold and Joel Brown were the top two vote-getters to serve on the county commission. But with only four votes separating Craig Hystad and incumbent Tom McCabe, an automatic recount will be needed to determine who will fill the third seat.
According to Erica Johnsrud, McKenzie County Auditor/Treasurer, this is the first time that there will be a recount in the county commission race or on any other ballot issue in the county.
In last Tuesday’s General Election, Wold was the top voter-getter to serve on the county commission garnering 2,108 votes, while Joel Brown received 2,080 votes. Both Wold and Brown will be serving four-year terms on the commission.
But answering the question as to who will fill the third four-year seat on the commission, according to Johnsrud, will have to wait until a recount is conducted later this week. Johnsrud anticipates that the recount will be done on Friday, Nov. 13, at which time it will be known as to whether or not there is a change in the top three vote-getters.