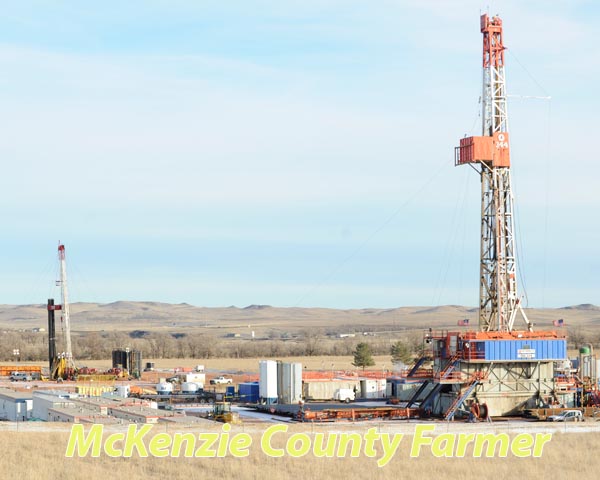 While the number of producing wells in McKenzie County stayed unchanged at 4,326 in October, oil and natural gas production from those wells skyrocketed to help boost North Dakota to another record setting month of production.
In October, oil production from county wells increased by over 1.5 million barrels, while natural gas production grew by over 2.5 million mcf. During the month, McKenzie County wells, which produce 40 percent of the state’s oil and 49 percent of the state’s natural gas, produced a record 17,449,138 barrels of oil, while a record of 39,630,697 mcf of natural gas was produced.
According to Lynn Helms, North Dakota Department of Mineral Resources director, the state’s oil production hit a record 1.39 million barrels per day in October, a 2.4 percent increase, while a record 2.56 million cubic feet per day of natural gas was produced, an increase of 1.4 percent from September.