Living a life of service 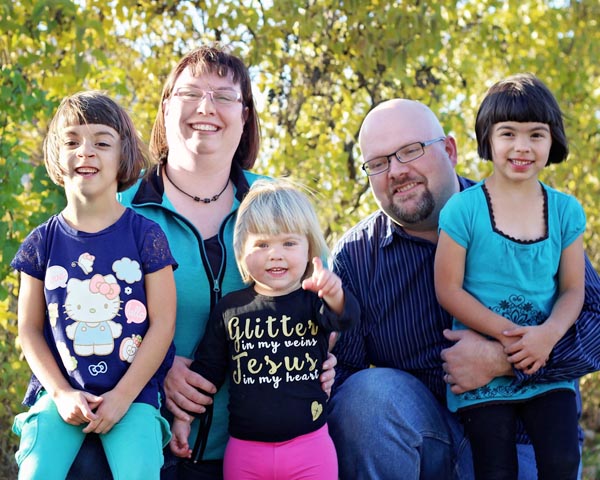 Elisa Thibodeau who spends every day as a community builder and has as her guiding personal motto “to make today as good as I can make it” has been named  the recipient of the 2018 McKenzie County Farmer Heart of Gold Award.
Elisa was born at the Watford City hospital and spent her growing up years on her family’s farm and ranch, 10 miles northwest of Watford City. She attended Johnson Corners Christian Academy and then Trinity Bible College in Ellendale, N.D.
One of three children, Elisa has two brothers. Her grandparents farmed and ranched on the same land as her parents and so she spent her childhood surrounded by family.
“I grew up sitting around the dinner table, listening to my parents and grandparents talk about people in need and how they could help and projects they were involved in,” Elisa said. “I also heard them celebrate when people could turn things around. It was a service-minded upbringing.”
Perhaps it is during those early days, paying attention to the way her parents divided their time and energy that influenced Elisa to pursue a service-oriented career.