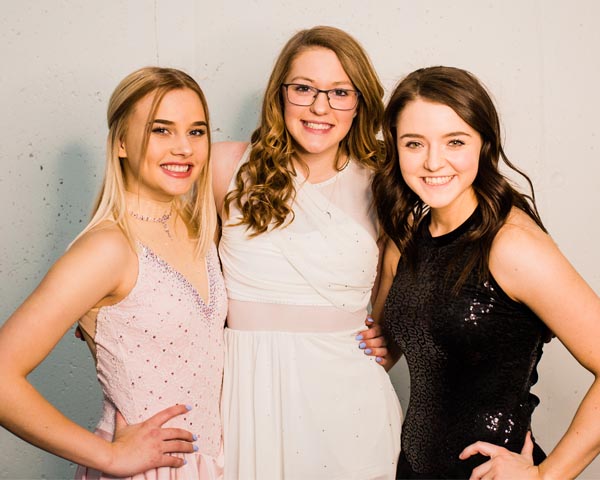 It was a gloomy day on March 22, when Isabell Boekelman, a senior at Watford City High School, received the news from her mother that the upcoming Watford City Figure Skating Club Ice Show production of “A Walk to Remember” in Watford City was cancelled. That was when Isabell called two other senior figure skaters, Morgan Franz and Tayle Kaczmar, to deliver the devastating news after the three girls had shared over a decade of time on the ice together.
“I instantly started crying and called Morgan,” says Boekelman.
After getting injured earlier in the season, Isabell had plans to get cleared by her doctor the day that she received the news that the show had been cancelled.
Over the years, the figure skater has landed Olympic jumps during her performances, but she injured herself during a December practice while practicing another jump that sidelined her training for the show.