Cranston wins honor of being Mayor for a Day 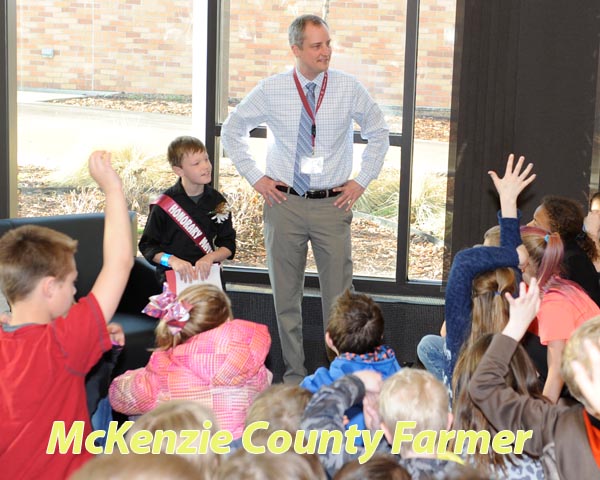 For more years than anyone can remember, there has been a tradition in Watford City. Third graders at Watford City Elementary School write letters telling city hall what they would do if they were the Mayor for a Day. Then, one lucky student is picked to attend a city council meeting and be the “Mayor for a Day.”
This year, one letter caught the eye of Mayor Justin Voll and won Boston Cranston the honor of being the mayor for a day.
“I believe we live in the best city in the country! We have the Rough Rider Center, a lot of ice cream shops, and a lot of restaurants. If I was mayor for a day, the first thing I would do is have all the kids in the elementary go to the nursing home and play board games with the elderly. We could do this once a month. I think the elderly would like that. Another thing we could do is make a day where the kids go and make stuff for the cops to say thank you for all their hard work. One business we could really use is a sports shop like Scheels. People from all over would come to Watford City just to go there. That is what I would do as mayor for a day.”
Boston’s enthusiasm about Watford City and his yearning to reach out to the elderly of our community and to thank the police department was very impressive.