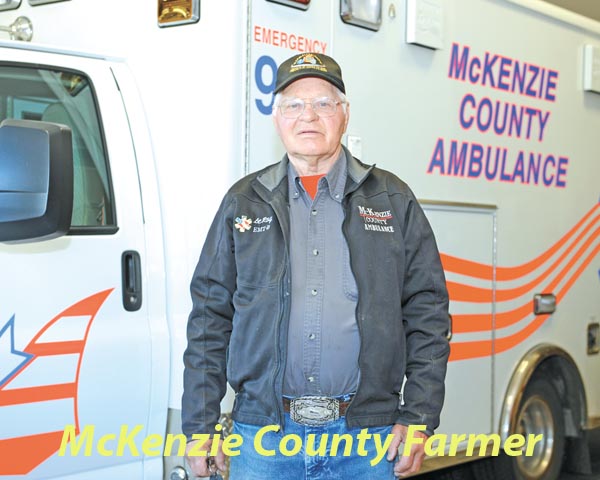 First responders drop everything they are doing when their pagers alert them to an emergency. It could be an accident, a fire, or a medical emergency.
Taking care of the people of McKenzie County is the job of those dedicated volunteers. One of them is LeRoy DeFoe, who recently retired after 28 years of service as an EMT and driver with the McKenzie County Ambulance Service.
“I really enjoyed it, being there to help people, the satisfaction of helping someone who needed it,” says DeFoe.
When DeFoe joined the ambulance crew in 1994, it was after he had realized the value of a helping hand in a time of need.
“I broke my leg and my daughter helped me. So I figured it would be a good thing to do,” he says.
As a Vietnam veteran who had seen the worst of the worst, DeFoe realized he made a good candidate for dealing with the unpredictable.
“When I was in the military, you always took first aid. So I was there  from the beginning to help fallen soldiers,” he says.