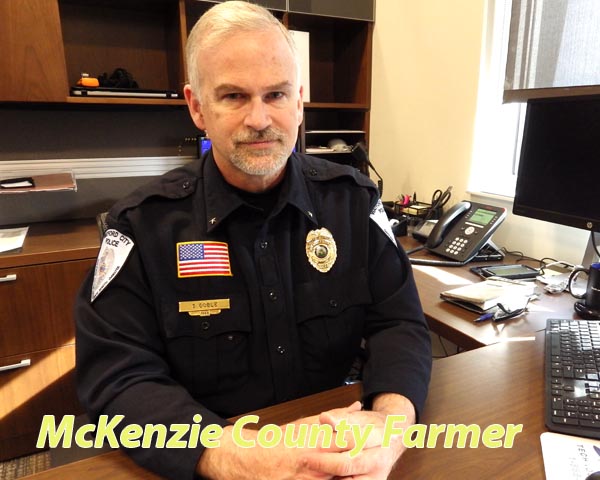 After time in the mountains of Afghanistan, Shawn Doble’s first North Dakota winter didn’t faze him.
“No, I’m used to severe winters, or strong winters, I should say,” he said with a small smile, recounting the -20 and -30 temperatures overseas. “That was an everyday occurrence.”
Appointed and approved as Watford City’s new chief of police at the city council’s April 3 meeting, Doble brings over 30 years in law enforcement from California, Oregon and around the world to the bustling Bakken town.
Invited to apply for the city’s new captain position last summer, Doble started here in August.
“This is one of the best places I’ve worked in my whole career,” he said, commending his officers’ enthusiasm and community connections. “It’s amazing.”