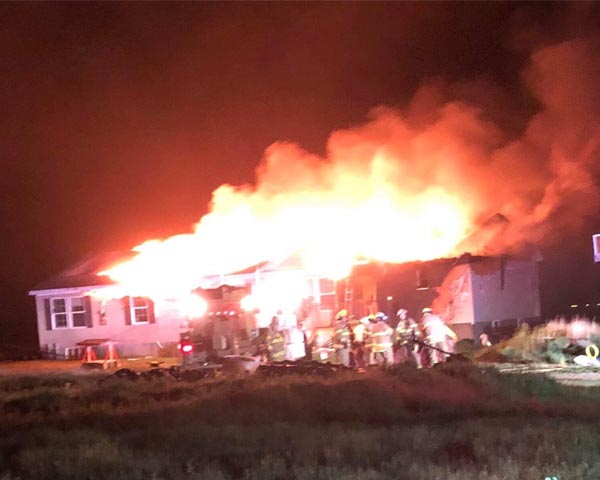 June 6 will forever remain a date that the Rhone family will never forget. It’s the date when their home north of Watford City was engulfed by flames around 10:30 p.m.
“We were sleeping when we were woken up by the fire alarms going off,” says Kristin Rhone, a mother of five.
Rhone had her children beside her as they all slept in one part of the house, while her husband, Steve, remained on the other side.
“When he came out of the bedroom, he noticed that the whole part of the house was on fire,” says Rhone.
“Get up, get up, get up, he said. So I swooped up the kids and went out to the back deck, wearing no shoes, no nothing.”
Rhone proceeded to dial 911 as she hauled her children over to her brother who also resides nearby on the property.
Rhone’s husband continued trying to fight the fire for 15 to 20 minutes before fire trucks arrived.
“By the time the fire department got there, it was already too far gone,” says Rhone.