Keeping it simple is key to growing trees, gardens 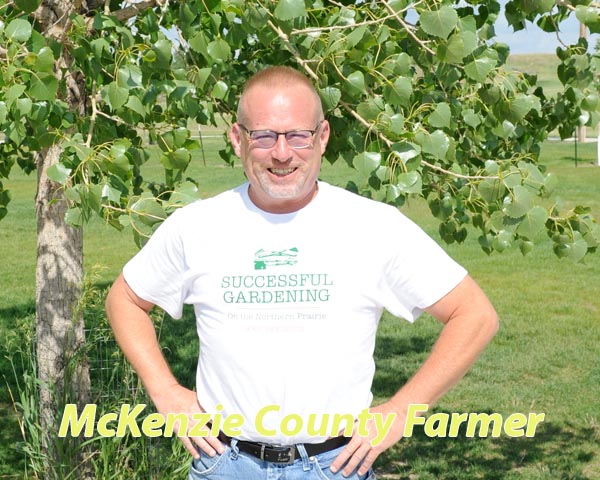 On Sunday, June 23, Eric Bergeson made a stop at Watford City’s Kent Pelton Nature Park to enlighten the community on unique conditions typically disregarded when it comes to gardening in North Dakota, along with some other helpful suggestions to giving lands a kick-start.
“My goal is to encourage people to keep it simple,” says Bergeson who recently began touring 50 of North Dakota’s largest cities to promote his new book.
Bergeson got his start early on as a young boy as he worked alongside his grandfather, Melvin, who operated a nursery in Fertile, Minn.
“When I sold the nursery to my brother in 2014, I began looking for my next project and that’s when this book started coming together,” says Bergeson.