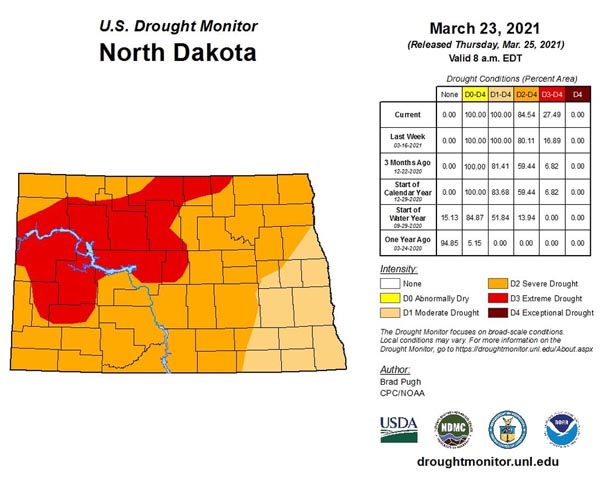 Lower snowfall and rain this year has brought about drought conditions in North Dakota, which could be an issue for farmers in the spring.
North Dakota Agriculture Commissioner Doug Goehring said there are varying degrees of drought throughout the state.
“Central-west toward the northern part of the state is probably the most severe,” he said.
According to the latest U.S. Drought Monitor Index, 84.5 percent of North Dakota is dealing with a severe drought, up from 80.1 percent a week ago. Severe drought includes poor crop conditions, low soil moisture and low hay yields.
Extreme drought covers 27.5 percent of the state, according to the index, up from 16.9 percent. That level of drought can cause crops to stop growing and pastures to go dormant, and it can mean a high chance of wildfires.