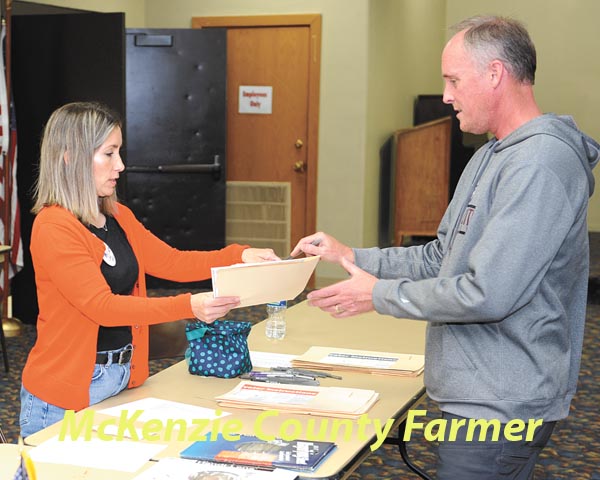 Of the 10,981 eligible voters in McKenzie County, only 12 percent cast their votes for several contested races at the county level for county commission and auditor/treasurer, as well as closely-followed races for Watford City and Arnegard’s city councils.
In the race for two open seats on the McKenzie County Board of County Commissioners, incumbents Kathy Skarda and Howdy Lawlar were the top two vote-getters with 753 and 653 votes, respectively, while Thomas McCabe and Dustin Newman garnered 578 and 196 votes, respectively. These four candidates will advance to the Nov. 8, General Election.