Farmers in a hurry to seed 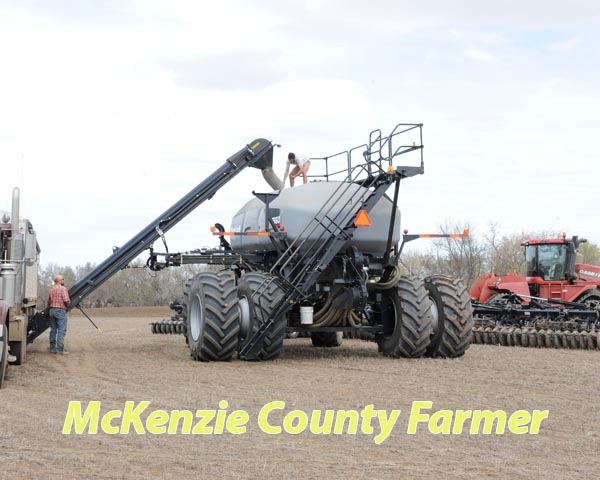 Winter gave McKenzie County residents quite a last hurrah this year, which was good for the subsoil moisture content but bad for getting an early start on planting.
“Farmers are about 10 days behind the average planting season,” states Mike Jenks, Helena Chemical branch manager. “This is not a problem for area farmers, but it has put them in a little more of a hurry than normal.”
Jenks says that though the late winter moisture put farmers in their fields later than usual, it also helped make up for the moisture that was lacking due to a drier-than-average 2017 summer and fall.
“The area had less autumn rainfall than the year before,” states Jenk. “So there is not as much subsoil moisture as there was last year.”
Owen Hamre, who farms near Arnegard, agrees that the subsoil moisture could be better. But Hamre says that every farmer has the same goal, no matter what the seeding conditions are - get the seed in as early as possible.