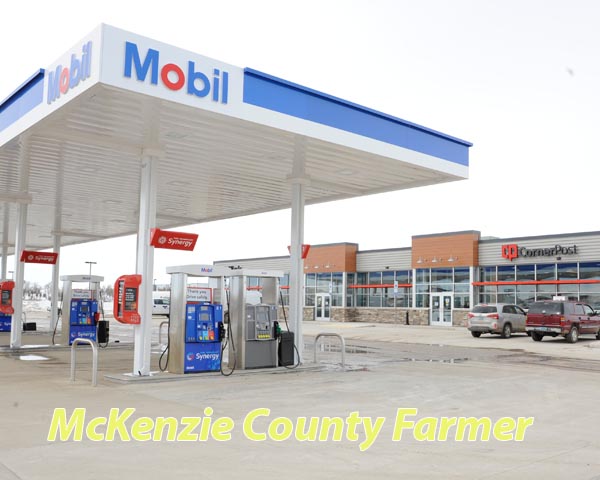 The CornerPost opened March 19, 2018, near the intersection of 4th Ave. NE, N.D. Highway 1806 and the U.S. Highway 85 bypass. Since that day, the store has been bustling with activity.
To celebrate both the opening of the CornerPost, and the customers that keep it going, the store will host a Grand Opening Celebration this coming Saturday, May 12.
“This store has been busy since the first day it opened,” states Shasta Fuller, CornerPost general manager. “We are as busy now as the first day we opened. And we are only getting busier.”
Fuller says that where the CornerPost was receiving a vendor delivery a week after it first opened, it has now increased to two or three vendor deliveries a week. This is in spite of some issues the store encountered after it first opened.
“We had some hiccups at the beginning,” states Brady Lund, CornerPost owner, “but they are definitely smoothing out now and people were great and very willing to work with us as we worked out some of those issues.”