Favorite has her day on Jeopardy 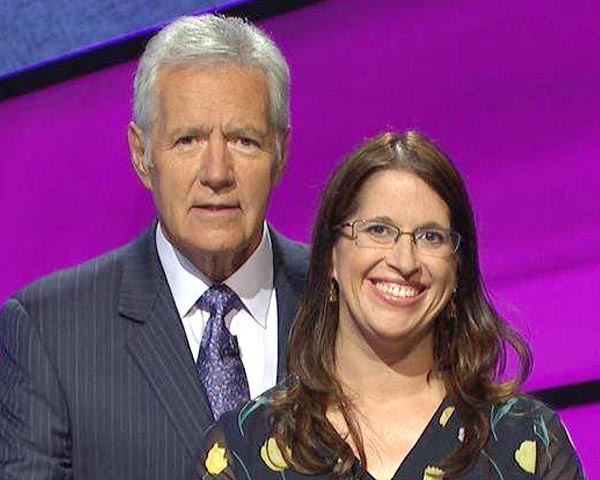 Sarah Favorite, a Williston resident with strong ties to Watford City, had the chance of a lifetime in early August. She travelled to Sony Studios in Los Angeles to stand in front of Alex Trebek and compete in a televised taping of Jeopardy.
The daughter of locals Pastor Rob and Ardith Favorite, Sarah says that she has spent hundreds of hours alongside her parents watching the TV game show, Jeopardy.
“We are a trivia-loving family,” said Sarah. “We’ve all taken the online test to try to get on Jeopardy and love watching the show and playing trivia board games.”