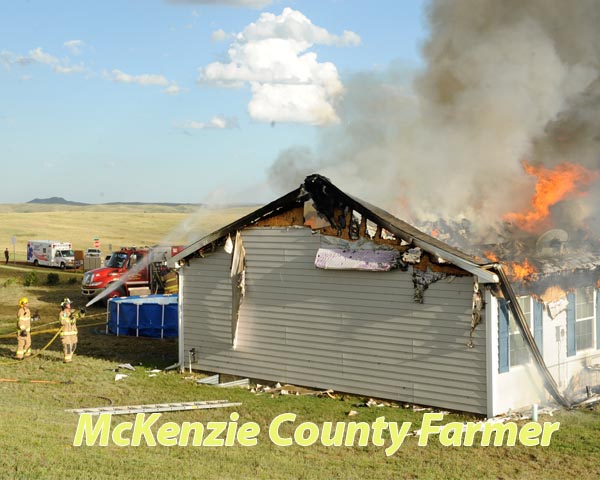 When Jessica Alvord invited friends over to her home in Watford City on Aug. 4, the night was young and it was perfect weather for a cookout. But after the single mother of four did her best to juggle cooking a whole meal for her 8-year-old daughter Millee’s birthday party all by herself, she soon realized that steaks on the grill weren’t the only thing searing after her house caught on fire.
“I’m a single mom so I’m used to doing all the cooking by myself,” says Alvord. “So I was going back and forth between cooking in the kitchen and cooking on the grill. And I went back inside to finish the watermelon.”
Shortly after slicing the last wedge of watermelon, the pressure to put on the perfect party for her daughter suddenly diminished as Alvord observed black clouds of smoke emitting too close for comfort.
“Toward the door, I could see that the outside of the house was smoking,” says Alvord. “I stepped outside and I could see that the side of my house was melted.”
With the usual propensity to handle things herself, Alvord was going to snuff out the fire when she realized it was already out of her hands.