Rescue on the brink of collapse 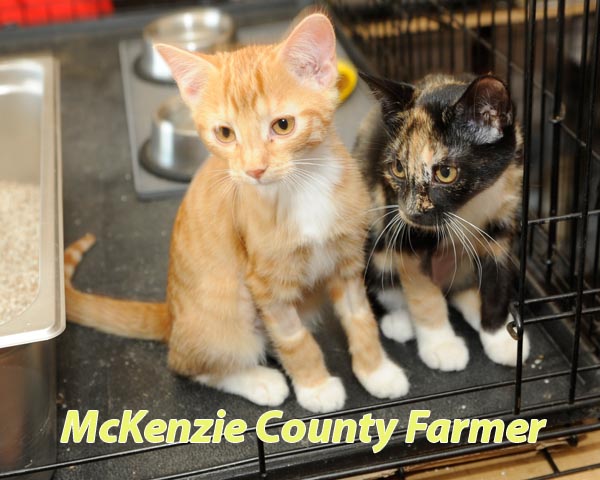 “We’ll get rid of the cats we have in our care now and then close our doors,” said Ardith Favorite, founder of Angel’s Wish Trap, Neuter, Rescue (TNR) Foundation as she looked across the table to TNR’s treasurer, Susie Cole, on Aug. 5.
That was the topic of conversation last week as Favorite and Cole discussed the future of the cat rescue in Watford City as Angel’s Wish TNR Foundation is on the verge of collapse.
“The income went down but the demand has gone up,” says Favorite.
To date, Favorite and Cole have already saved 335 cats and kittens that would have otherwise faced death by starvation.
“If you do the math of 335 x 100, that’s 33,000 kittens that have been kept from being born,” Favorite says.
With that number being on the conservative low end, there’s likely a lot more cats that have been spared the hardships of the street life.
“Vet costs have run right at $61,000. And $13,000 of that has been funded from donations,” Favorite says.
While Favorite has funded a large majority of the foundation from her own pocket, unfortunately, that’s no longer an option as her oil money has dried up.