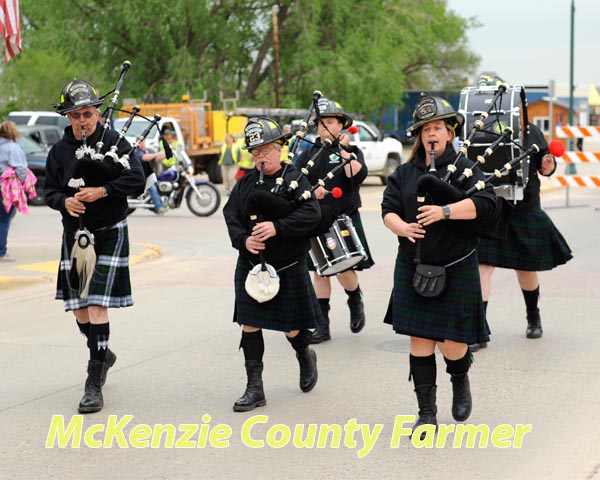 The North Dakota Firefighter’s 135th Annual State Convention was recently held on May 30 through June 1.
“It was well received by the firemen and everything went really well,” says Jeff Gronos, event chairman on the recently completed 135th Annual North Dakota Firefighter’s Association Convention, which was held in Watford City. “Everybody had a great time!”
The recent event was considered to be successful after bringing in around 250 firemen from throughout the state of North Dakota.
“I like coming to this. There’s a comradery you feel when you see some of the old firemen every year,” says Dave Jarland, who served for 33 years on the Watford City Fire Department.
The apple doesn’t fall far from the tree as Jarland scoured the room for his son, Warren, an assistant firefighter chief, who’s been involved for over 16 years.