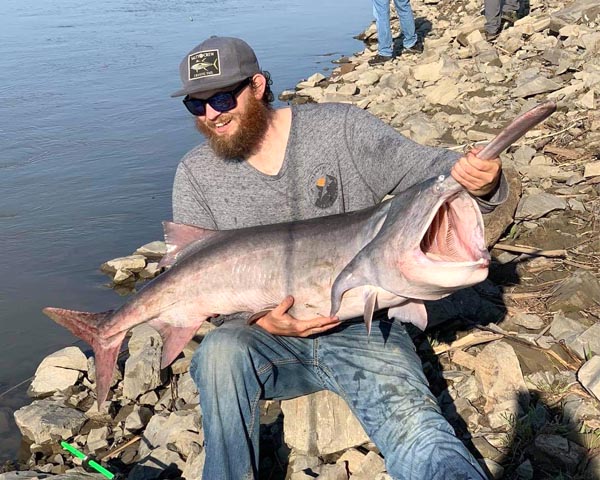 “You’re catching a fish that will give you the fight of an ocean fish in fresh water right in your backyard,” says Devin Davis of North Dakota’s paddlefish snagging season, which kicks off May 1.
As paddlefishing is a time of the year that many fishermen look forward to, it’s what separates diehard fishermen from the rest.
“On catch and release days, there are some guys that are really serious and they’ll camp out or get out there at 5 a.m.,” says Davis.
As in-season paddlefish snagging is legal from 7 a.m. to 7 p.m., Davis says fishermen look to increase their odds of hooking into a big paddlefish any way they can, that’s legal of course.
“They hold that spot down because they know it’s a better spot,” he says.
Davis, who has lived in western North Dakota for seven years, has been paddlefishing for five years. But it wasn’t until last year that he finally caught one.
“It was 80 pounds,” Davis says. “It had a tag from Montana so it had been caught before.”