Getting students to and from school safely 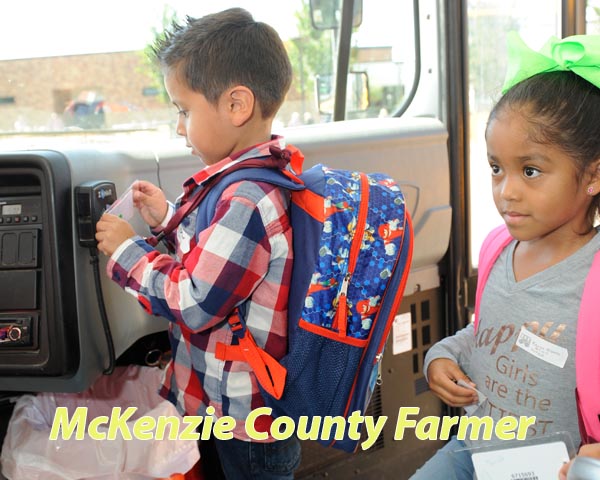 Getting approximately 1,201 or approximately 66 percent of McKenzie County Public School District No. 1’s 1,830 students from their homes to school and then back home again is a daunting task. Which is why the district, according to Steven Holen, district superintendent, says the school system invested in the Z Pass system six years ago.
“When our enrollment started going up, we knew that we had to have a better system to know what time a student got on the bus at one of our bus stops and then got to the right school,” stated Holen. “And then be able to do the same thing at the end of the school day.”
Prior to the district implementing the Z Pass system, Holen says the district had experienced younger students getting on the wrong bus and then not arriving at home when expected.
“With the Z Pass system, we can track every student. It’s been tremendously helpful,” states Holen. “We’re not as fearful now that a student will be misplaced.”
According to Holen, using the Z Pass system is extremely easy. Parents register their students and each child that will be riding a school bus is issued a Z Pass card that is then used each time the student enters and leaves the school bus.
“When we installed the Z Pass system, it was to solve a safety issue,” states Holen. “It provided parents and the school district with information that the students got to school and back.”